Race one of the Ligier European Series season finale at the Portimao circuit was sweet for some but sour for others. In the Ligier JS P4 category, the #33 of Les Deux Arbres scored its first win of the season and fourth for the team. The sister car, the #34, was forced to retire but was still the fastest car on the track. After a close battle at the end of the race, the #24 Orhes Racing Ligier JS2 R edged out the #53 MRacing for the win.

The #22 HP Racing by Monza Garage car of Nicola Neri and Simone Riccitelli started from pole position. The Italian team’s new entry was dominant throughout the first part of the race, followed by the #34 of Les Deux Arbres driven by Steve Zacchia and Tom Cloet. Behind them, their sister cars, the #33 of Jacques Nicolet (Les Deux Arbres) and the #23 with Alessandro Cicognani and Jacopo Faccioni (HP Racing by Monza Garage), battled for third place. But the #23 suffered a puncture and was forced to stop in the pits.

The pit stop window opened a few minutes later. Nicola Neri climbed aboard the #22 Ligier JS P4, Tom Cloet took over the #34 and Jacopo Faccioni got in the #23. After leaving the pits, the #34 of Les Deux Arbres spun and stopped on the side of the track. It would not restart, forcing Tom Cloet to retire. The safety car period allowed the #33 and #23 to catch up to the leading #22. With 15 minutes to go, the #22 spun after contact with the #33 and fell to seventh place overall but second in the category.

With six minutes remaining on the clock, HP Racing by Monza Garage suffered another setback when the #23 Ligier JS P4 with Jacopo Faccioni on board stopped on the track. Second retirement in the sport-prototype category. After six runner-up finishes, the #33 Les Deux Arbres entry with Jacques Nicolet behind the wheel took its first success of 2021 and the fourth for the team after Barcelona, the Red Bull Ring and Monza. The #22 of HP Racing by Monza Garage finished second. Despite retiring, the #34 posted the fastest lap of the race with Steve Zacchia at the controls, in 1:49.533s.

In the GT category, the #53 MRacing Ligier JS2 R driven by Natan Bihel took the lead with the #24 Orhès Racing car of Mathieu Martins close behind. At the start of the race, the #4 of COOL Racing driven by Cédric Oltramare moved past Laurent Millara in the #69 MRacing for third place. Natan Bihel had a comfortable lead, but he was caught and then passed by Mathieu Martins at the 25-minute mark of the race.

During the mandatory pit stop, Mathieu Martins handed over the #24 Ligier JS2 R to Olivier Pernaut, who maintained a ten second lead from the #53 MRacing car. But the appearance of the safety car following the stoppage of the #34 could change everything. Natan Bihel managed to catch up. With 17 minutes remaining, the race was back on the boil. A game of cat and mouse between the two main rivals of the season began. They passed each other four times before another yellow flag condition when the #25 Orhès Racing car of Alain Bucher (and ELMS entrant Nick Adcock) went off the track.

The #69 MRacing Ligier JS2 R took advantage of the restart to take third place in the category from Cédric Oltramare in the #4 COOL Racing car. At the sharp end of the class order, the close battle continued between the #24 Orhès and the #53 MRacing. Natan Bihel retook the lead four minutes before the chequers but could not fend off Olivier Pernaut, who was determined to take the victory. He was to receive the chequered flag. Oliver Pernault also put in the fastest lap of the race in the GT category in 1:52.975s. MRacing’s two cars, the #53 and #69, finished second and third respectively.

With everything still to play for in the championships, the final race of the 2021 Ligier European Series season promises to be a thriller. Race 2 gets underway at 4:55 pm in Portimao (local time) and will be aired live on the series’ Facebook page and YouTube channel. 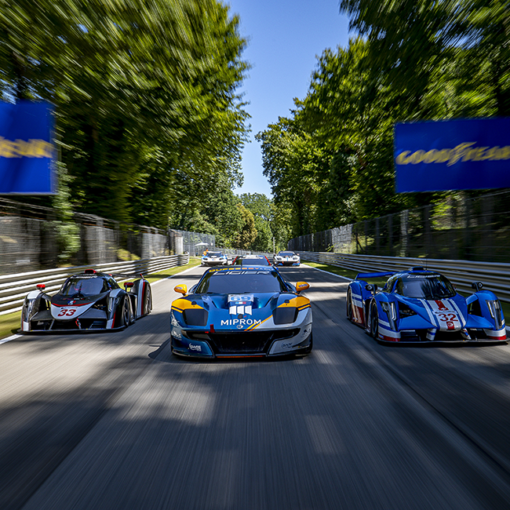